And trusting God will only come when you forgive Him… 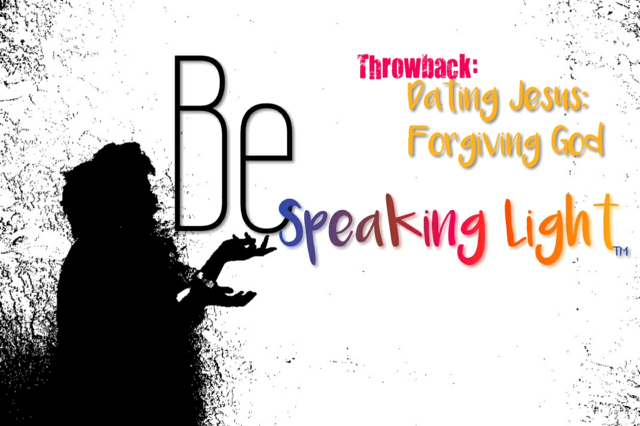 Being in a relationship with Christ isn’t always easy.
People tend to have this perception that once you get Saved or reborn or whatever that life is grand from there… but the reality is… it’s tough. Maturing in Christ is probably the epitome of “The Struggle Life”.
As a case manager a lot of the teams I work with get extra excited when I get assigned to them. Not because of me, but because of what I do. They have this idea in their head that life will be grand from that first meeting on…
And then… several months later when things are either the same or worse I have to have that conversation that “things will likely get worse before they get better”.
Coming to Christ is sometimes like that. At first the sheer thought of finally accepting Christ builds you up & holds you over for a few months. After all, the weight of un-forgiveness is heavy so being able to accept God’s forgiveness and having that load removed makes everything “feel” better.
But then… reality starts to set in. Change isn’t happening as fast as you thought it would. In fact, you find that you’re having to put in a little more effort just to feel peace. You start to see things within yourself that you never noticed before. You start noticing that some of the people in your life aren’t who you thought they were and you notice some of the hurt you either hadn’t remembered or hadn’t realized.
This is when forgiveness and trust start to become an issue. Not that you need to forgive people, but you have to forgive God (not because He did something wrong, but because we feel that He did).
In the midst of your hurt, you start to feel even greater hurt because God didn’t stop the pain or because God allowed you to experience a time in your life that you would have rather been omitted from your story.
And that causes some bitterness.
And… you hit a wall.
The moment I realized I had to put an effort into trusting God was after I hit this wall for the first time.
All my life I was taught to love God & worship Him and have faith, but no one ever taught me that these things aren’t instant. And trusting God will only come when you forgive Him…
And the easiest way to forgive is to understand His Word & KNOW that ALL things work together for the good to them that Love the Lord & are called according to His purpose.
And remember that OUR purpose is to Glorify God & bring people to Him.
So… even if you don’t know WHY that particular something happened. Know that it is in the benefit of you. Either simply to give you a reason to come to him or as complex as being a testimony for someone you may never meet.
Stay Blessed y’all.
Always,
Be